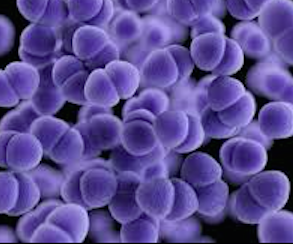 It’s two days until xplant surgery. I’m sitting in the sun on Richard’s patio balcony overlooking tall lime green poplars, the glint of Cherry Creek reservoir through the leafy tulle.  This is pre-op pre-hab before my surgeon slices me open.

Dr. Hogan is going to have to work damn hard to wedge out that foreign implant hammered into my femur more than eighteen months ago in Seoul, that clunky hunk of junk he’ll throw on some trash pile of other discarded parts—the ankle joint, the infected shoulder, phantom of the opera half masks, titanium metatarsals snapped off like cigars from mechanical hands.

That party going on in my hip cavity is boisterous, intercellular Narco Pac-Men who are eating my bone cells with their chomping 80s video-game mouths. I’ve been imagining some weird ones who migrated maybe from that Dogon village in Mali in ‘89 or or maybe from the pigsty I found myself stumbling through in an opium haze in Chang Mai in ’93 or maybe from the fly-coated pink watermelon I ate from the vendor on the corner of Kengeri Hobli the last trip in India or even most recently the unpasteurized mare’s milk I drank at the side of the road on the trip across Zavkhan before the fall in Ulaanbaatar.  Or maybe they got in there during the surgery.

If I’m lucky, the machine gun pulses of a saline-like solution will vaporize those undocumented bacteria that hitchhiked a slimy ride on my titanium plane here.  Once they’ve been annihilated, the surgeon will pack the bone cavity with a temporary hip spacer.  In any case, once we know who those invaders are, I’m planning for the first stage attack with six weeks of antibiotics to vaporize whatever is still in hiding.  This is war.

Traditionally, I’m not a very polarized person–try to diplomatically see multiple perspectives–but the immigrants in there who got smuggled in, well it’s me against them. They’ve been living in their terrorist cells for more than a year. I’m calling in the Destroyer.

grenade explores how .gifs sourced from the Internet illustrate a Rumi poem interpreted through lectio divina on how to face infection.