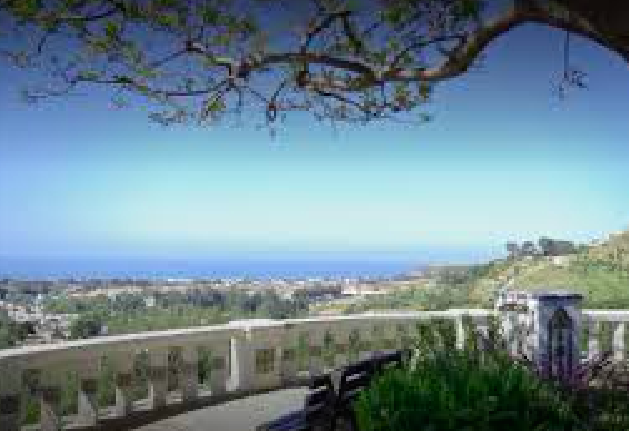 While my Dad sleeps, I do yoga in his lamplit room, background sound the steady labor of his oxygen machine. Six feet tall in black, standing in tadasana, I could be the Dark Angel. If he opened his eyes and peered over the cliffedge of his mattress, maybe that Alligator in chataranga dandasana on his dark blue rug.  For weeks, at the foot of his bed, I’ve been attempting kakasana, my knees on my bent elbows, willing myself to lift my feet, willing myself to just let go.

One afternoon, a priest comes from a local church Dad doesn’t attend to give him what isn’t called Extreme Unction but now Anointing of the Sick, a prelude, as it were. The young Vietnamese in a jeans jacket and a stole round his neck bends over my ninety-six year-old father who accepts the small olive oil cross thumb printed on his forehead. He looks up at the youth praying words in unintelligible English, says to him “Bless me, Father,” and takes Communion.

After these sacraments, my Dad believes death will come quickly, easily, that God will just take him.

The next week, needing respite from his struggle, I leave for two days.  My niece drives me down to Malibu to stay at her bungalow balanced on the edge of the Pacific. Through the morning while she is at work, I sit on her cement patio and do nothing, change positions with the sun, breathe in ocean light and the far horizon. She calls, says I should seek solace at a Franciscan place above the coast, texts me the name Serra Retreat.

I uber to the road up and get out.  I want to take my time through the woods,  ascend the curving black asphalt on foot.  I stop to rest on a stone seat at the feet of a Virgin Mary.  Reaching the retreat grounds, I enter a quiet zone. Passing each Station of the Cross, the life-size white ceramic Jesuses remind me of Dad, all ribcage and bones. There’s a labyrinth and I take off my shoes, pace barefoot though the interconnecting paths, reach the center to face the dying afternoon sun.  Beyond, on a high point, a white marble rail guards the overlook and I go there, sit on a stone bench and make sounds like my Dad makes at night when he covers his face with pale white shaking hands, thinking he’s been forsaken.

I get down on the gravel and kneel, spread my palms on the hard stones, support myself on my elbows. I am tottering on the edge of a cliff. I begin om, quietly first, then louder, and louder, leaning forward through the spaces of the railing into the infinite expanse of ocean and, in heart-wrenching hum, let go into my asana of crow.

Photographed and recorded in the Chapel of St. John’s Episcopal Church, crow explores how the juxtaposition of voice, image and poem in digital space might resonate in a layered text of Faith.  For my husband, who has resigned from his job of fourteen years serving St. John’s community in Boulder, Colorado.