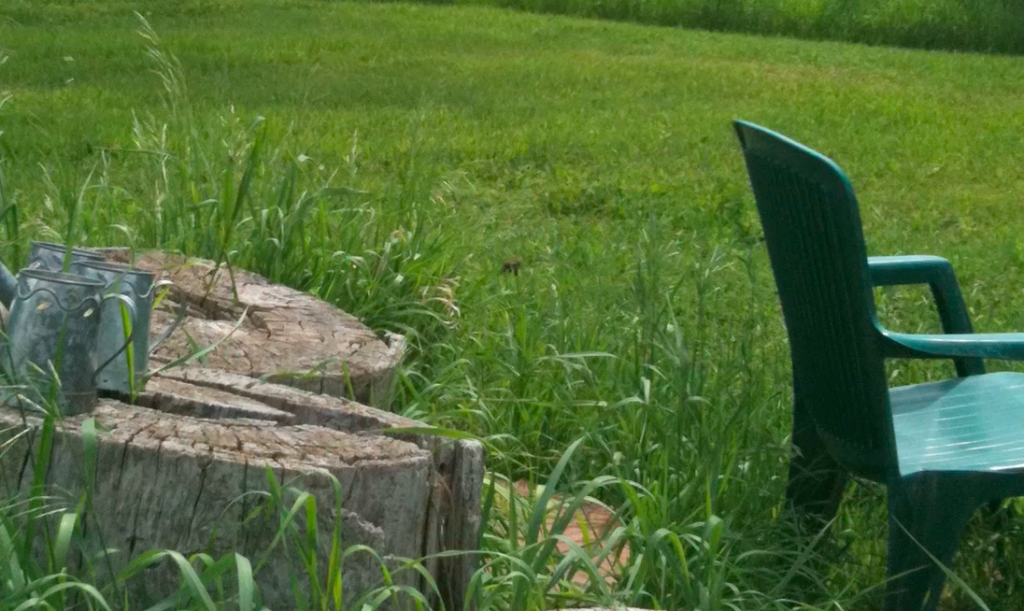 My sister Ann and I are having a glass of Malbec after the Thanksgiving holiday in Boulder, reminiscing about Dad and feeling blue about celebrating Christmas without him this year.  Beyond the French doors of her kitchen, the patio is empty, branches leafless twigs, backyard brown and dry.  Dad’s raised garden beds are barren and his seedling boxes stacked in some corner of the shed.  His wheelbarrow is tilted sideways onto a slat of fence.

Five years ago, after Dad broke up with Micki, he moved from Florida to Ann’s in Boulder, just up the street from my townhome.  Ann gave him her youngest son’s room, vacated when he moved out.  Jack’s multicolored parrot hung from the curtain rod and the walls were painted lime green and lemon yellow.  Dad had one of the single four-posters I’d slept in as a kid, a plaid comforter, and a big screen TV on the dresser at the foot of the bed.  There was a desk and his “comp” with Internet and a rolling chair on a plastic pad.  His bedside table had a drawer full of bridge mix, chocolate covered raisins, dried pineapple slices and banana chips hard as poker chips.

Most afternoons after teaching, I went over to visit. I’d head around back of the house to see if he was transplanting something into his garden, then check the garage where he was tinkering with some project then the shed, calling his name.  I’d head back around the front and knock and ring the doorbell and then open the door and climb the carpeted stairs to his room.  He might be stretched out watching Walker Texas Ranger! at the highest volume. He’d turn and say Hiiiiya! with a lilt and a grin that meant he was glad to see me and then fumble with the control to power down the sound.  In his leather desk chair, I’d roll over to the bed  and plump up a pillow so he could sit up and we’d talk.  A lot. About everything.  I’d entertain him about the kids at high school and then he’d ask about my upcoming contract and we’d meander to some question I had about magnetism and the next thing we’d be googling it and I’d read aloud about how it worked exactly.  More than once I’d come the next day and find some invention, like a battery he’d made from copper cable and a sewing spool with a toothpick that went platta platta platta when he connected the circuit.

After two years in Boulder, Dad decided to move to California. I didn’t want him to go—he had his garden, bridge at the Senior Center, putting and chipping at Flatirons, family dinners, weekly Communion—but in the mega retirement community with which my youngest sister enticed him—golf course! contract bridge! six clubhouses!–he imagined he’d find another gal.  I wasn’t one to step in his way. It was my point of view that as long as my father had all this marbles, he should play his own game.  Once again, I helped him pack, this time just a suitcase with his clothes and a blue zip shoulder bag with snacks for the flight.  I drove him to DIA the day he flew out, checked him in at the counter where Ann had reserved a wheelchair to make it easier for him to get through security. I had a pass and wheeled him to the concourse, his cane across his lap, leaning down to smell his wispy shampooed hair, his spiced cologne.

At the gate, he pushed up out of the wheelchair by himself and I handed him  his cane. I escorted him down the walkway.  When the stewardess greeted him, he stepped over the lip at the entrance to the plane and didn’t look back.

I learned Digital Storytelling with StoryCenter at a Stonebridge Farm workshop in Lyons that summer.  Shared here, my first digital piece loam with multiple kinds of imagery–scanned prints from my father’s life, images taken at the farm during the workshop, photos in Ann’s backyard, appropriated photos from my millennial niece’s trip to London, and short video–juxtaposed with text remembering my Dad.